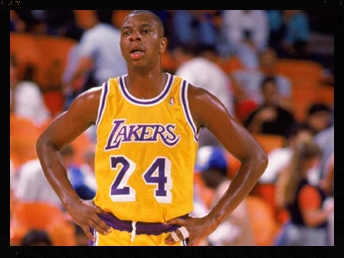 Posted at h in News & Events by Tony Lazare
0 Likes
Share
Former NBA and European League player, Steve Bucknall, sat down with the LBA to discuss all things basketball.

Q. How does it feel being the first Englishman to play in the NBA? Is that still something you hold on to, especially as one of your greatest accomplishments in your basketball career?

A. “I think it is the biggest accomplishment because what anybody wants to say they can never take that away. It also inspired others. Before that, nobody thought they could make it. I mean I didn’t think I could make it. So I think that is why I will always take that with me. It also opened the door for the Amaechi’s, the Deng’s, and whoever comes after that. Before me, there wasn’t anybody, so at least it showed people that you know what, you can actually do it, it isn’t something you cant do. That’s what I am most proud of.”

A. “To be fair, I played until I nearly was an old man, 40. So, my last five years I was practically the coach on the floor anyway. So, the coach gave me a lot of responsibility for the teams. I was always talking to make up for what I couldn’t do running, so it was an easy transition for me. Also, I had some good coaches so I could give a lot back.”

Q. You have spent your career playing for various teams across Europe. What do you find to be the bigger difference between the United States basketball market and the European basketball market?

A. “Well, the United States I would say there is a lot more awareness about basketball, a lot more support; where Europe is smaller, the awareness of basketball is limited, there is not that exposure, but there is a lot of interest. You don’t have to push sports in America do you. Everything as done at the next level in the United States, as opposed to Europe, unless you get on to the bigger teams, they’re still at the ground level. Just not the capacity or the funding to make it as big as they want to. They can’t generate 10-15,000 people in a gym to watch a game. I think only the Spanish and German teams are doing that, so that’s a difference to me. Also, the players in America are just better.”

Q. What inspired you to create the “Bucknall Essential Skills” program?

A. “A friend when I was overseas wanted to do some articles on basketball when I was playing in France. He wanted to get experiences from me to tell the young people, so every month I would have to come with an article. So that’s really how it started, the Bucknall Essential Skills. He would post it up on the web and make hard copies and give them to the kids. It went on like that for 9 or 10 months. So that’s where the name originated from.”

Q. Over the next few years, do you see the basketball population and appeal growing in London? Why or why not?

A. “If it were a science, I would get an award if I knew that question. Listen, there is always going to be an appetite for basketball and kids are always going to play it, but there comes a point when you’re a kid, a decision of ‘am I a basketball player or do I play basketball?’ The kids over here just play basketball. A lot of them don’t want to be a basketball player because they don’t see the end product. I don’t think it is as bad when I played because they still have the access to the internet, which is why I am very surprised because you can still see people doing well in basketball and making a living, you can even watch European games. So I am quite surprised. But, in England it seems for all of them there is because there is not a professional league. So a lot of kids play basketball, but have no idea what it can actually do for them. Some of them simply just believe that it can’t happen for them. Where you have football thrown in your face every day, the accolades the money, so it is easier for the kids to see that. So I think once we can bridge that gap with some of the kids, we may start getting more kids putting in the time, effort, commitment that is actually necessary to get to that level. I think a lot of them say they want to be a pro player, but they actually don’t want to do what is necessary.”

Q. What is one piece of advice that you would give to kids who want to have a future career playing professional basketball?

A. “Get out of England. I mean England can only take you so far. My main thing is that you have to show the commitment. If you show the commitment, the passion, things will happen for you. I don’t see enough of that. So for me ‘are you a basketball player or do you play basketball’? Those are two different things. And a lot of the kids over here are just playing basketball.”