On Wednesday 27th April, Sported held their first ever celebratory breakfast, which LBA CEO Tony, with young intern Asher Bennett, were lucky enough to attend as guest speakers. Being the only Sported group invited (there are over 3000), we all feel a great sense of prestige; in CEO Tony’s words ‘their interest is a great testament to our reputation’. 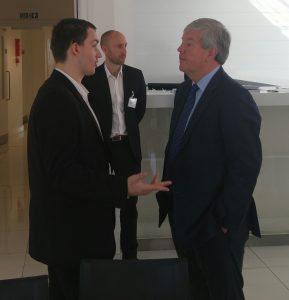 With an incredible venue, outstanding OJ (seriously it was delicious), and guests such as Sir Keith Mills and Lord Clive Deighton, the Deputy Chairman and CEO of the London Organising Committee of the Olympic and Paralympic Games (LOCOG), respectively, the guys were certainly honoured to have been invited. But as if this wasn’t good enough, Tony and Asher were also invited to speak alongside these two men, in front of numerous major sponsors and guests affiliated with the 2012 London Olympics, and Sported’s Trustees, to outline the history of the company, and the work which has been done since it all started three years ago.

During the speech Tony talked about building up the LBA into what it is today, whilst Asher shared his own story, speaking of how working for the LBA helped him over 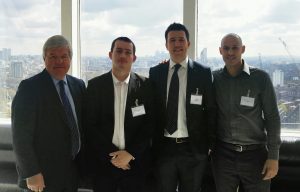 come his own troubles, so that he could become the man he is today. Praised by many for being ‘an inspiration’, and a ‘well-spoken and confident man’, it was clear that all the guests were in awe
at how Asher turned his life around, and we at the LBA feel privileged to say that we had a part to play in this.

Just as the guys were honoured to attend, we are honoured to see others recognising the value of the LBA and basketball for all communities, and are always ready to keep spreading our message through events like this.