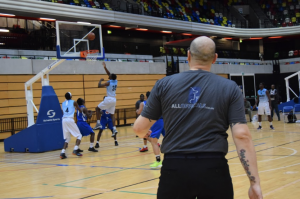 The 2019 College Tournament, located at the Copper Box Arena on July 9th, was a day full of excitement, suspense, and amazing basketball. The teams competed with incredible energy and showed great passion for the game. The young men had the opportunity to play in a facility that has hosted numerous Olympic events and other international sporting games.

The LBA College Tournament has been a tradition for six years with three of those years being hosted at the Copper Box Arena. What made this tournament different from those in the past was the use of the “AllOfficials” website to find referees and table officials and the live online digital scoring for the tournament. “AllOfficials” is a service which simplifies the process of finding officials by connecting games to officials all online. LBA is always looking to push forward in the world of basketball and the online scoring system was definitely a way forward this year. The table officials used an online resource to scorekeep the game. This gave players and fans access to live game statistics as well as game analysis; it localized scoring and gave teams, specifically players, the ability to see their own performance quickly and easily. 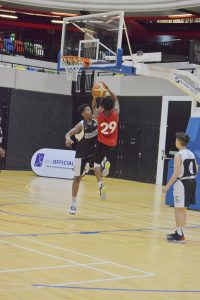 The day kicked off with games running across three courts in a round-robin fashion with four pools of teams, pools A, B, C and D. Oakland School, Norwood School, New City College, and Haringey all dominated their groups, coming out undefeated from the first round. New City College Epping Forest had a close face-off against Lambeth in game 3 of the first round, where the players traded points back and forth, played great defense and were shooting consistently. The eventual victors being New City College, managed to pull off the 18-17 win.

City and Islington College played West London College within pool B. About half-way through the game, a player on City and Islington sustained a critical injury to his elbow. The game stopped immediately, and players on both teams alerted the officials and coaches and tried to help the injured player. After receiving help from officials, coaches, and the Copper Box Arena staff, the player was applauded off the court by his teammates and opponents in support. While both teams were shaken up, the game went on as the player was taken to hospital. Although City and Islington had a new fire to their play, West London College prevailed as the winner of this game. City and Islington later reported that the injured player sustained an elbow dislocation and could be back on the court after a short recovery period.

Talent and athleticism were on great display in the round robin stage, with incredible in-game dunks, strong defensive stops, and impressive offensive hustle. Moments of excitement and intensity took place all day, with one, in particular, being the game between Oakland School & New City College – Hackney right before the semi-finals. In a sudden death tie-breaker, with only seconds left, Oakland hit a game-winning 3-pointer, ending the game at 31-28. 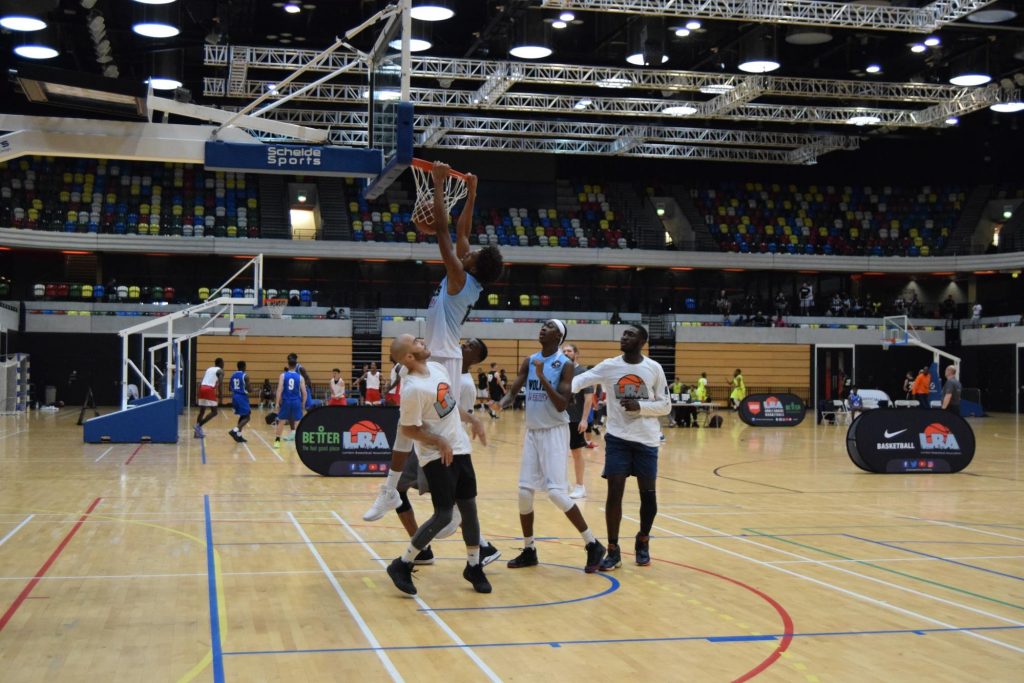 The winners of each pool advanced to the semi-finals, with pool A playing pool D and pool B playing pool C. The matchups were Oakland School vs. Norwood School, and Haringey vs New City College. Both were intense games, well fought and well played. Haringey started out their game strong, creating a 6 point gap which they expanded throughout the game. New City College – Epping Forest tried their best to close the gap, but with their every shot, Haringey followed with two more. While Haringey’s offensive play was impressive – as their gap had grown to ten points rather quickly – they truly dominated in defense. Their strong steals, blocks and general control of the court frustrated New City College and stopped them from bridging the gap that Haringey had created. The final score of this game was 23-12, sending Haringey to the finals.

Oakland vs. Norwood was shockingly close; it was either tied or within two points up until the final minutes. With every layup and jump shot Oakland scored, Norwood retaliated with their own. Neither team was afraid to get physical, however Norwood’s reliance on physicality ultimately jeopardized their play. Their aggression put them in foul trouble, giving Oakland precious free-throws which pushed the score in their favor. The final score, 18-13, with Oakland heading to the finals. However, the day was not over for Norwood and New City, as they competed against each other for third place.

The final games of the tournament were Norwood School vs New City College for third place and Haringey vs Oakland School for first place. The games were exciting to watch, with all the teams playing with genuine resolve. Both Norwood School and New City College played very well for their final game. All players fought extremely hard but it was Norwood School that started and ended the game strong. Their impressive defense throughout the game ultimately helped them win.

Oakland School started their final game with great communication but Haringey continued to do what they did in the semi-finals, creating a gap and stopping Oakland School from bridging it, using their strong defense to block and frustrate Oakland. While Oakland put up an impressive fight and challenged Haringey’s defense, they could not snatch the win. The final score of the game was 25-16, with Haringey becoming the champions of the 2019 College Tournament. Winning the tournament was an impressive feat for this team, considering that they won the LBA College League as well. Not only did Haringey take home a trophy, but they took home swanky Nike gear and tickets to a London Lions game! 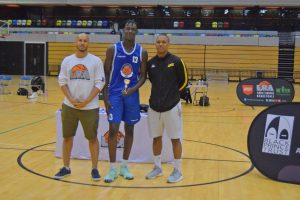 In addition to the third, second and first place awards, an overall Tournament MVP and Stand-out Coach award were also given. The recipients of these two awards were nominated by teammates, coaches, and officials, and London Lions player Andre Lockhart presented these awards The winner of the MVP award was a player who not only worked hard for himself but worked hard for his team. He played with tenacity, passion, and selflessness. The winner of the MVP award was Ndewedo Newbury from the winning team, Haringey. The Stand-out coach was one who supported, encouraged and pushed his team. His efforts, along with his team’s dedication, resulted in a third-place win. The Stand-out coach award went to Lucio Semedo of Norwood School.

The event could not have been done without the 30 members of staff there including 5 table officials, 9 referees, 2 members from London Youth, the LBA interns and the LBA Marketing and Senior Team. These people were truly amazing throughout the day.

Overall, this was an amazing tournament. Each team showed up to play their very best, and all of them did. They played with intensity and aggression while keeping an air of sportsmanship and fair play. Congratulations are in order for Haringey’s win, however, every team deserves praise for their outstanding effort and performance. 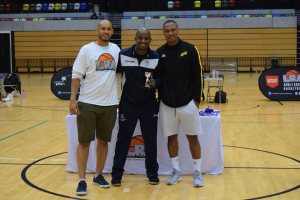 The winner of the Stand-out coach award Lucio Semedo from Norwood School.

Find a recap of the day with videos on the LBA Instagram @_thelba_and pictures on the LBA Facebook album! 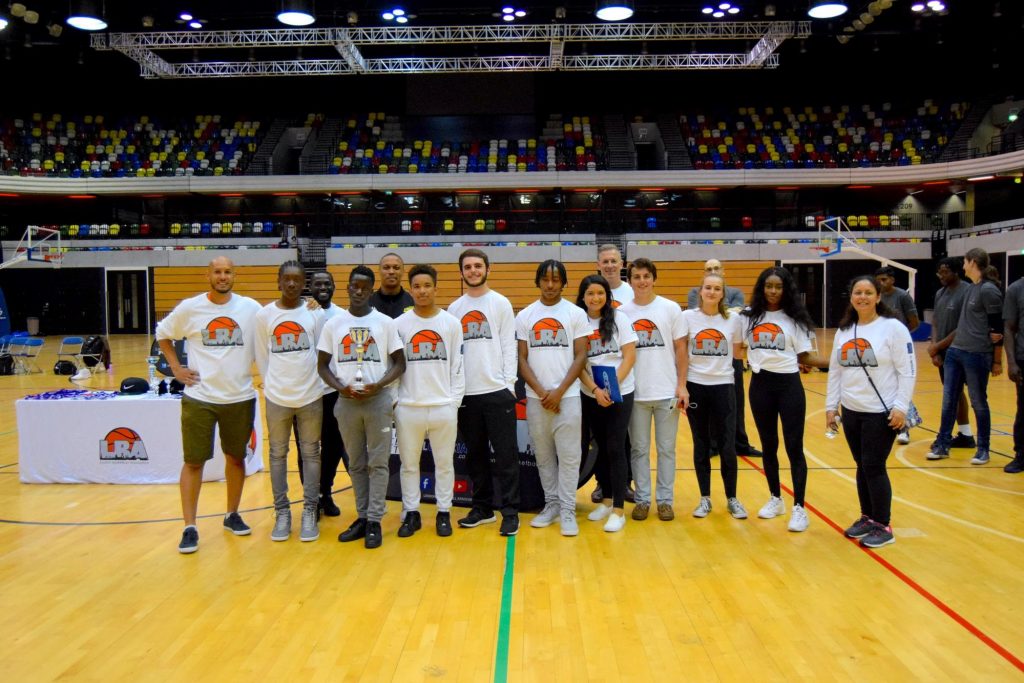 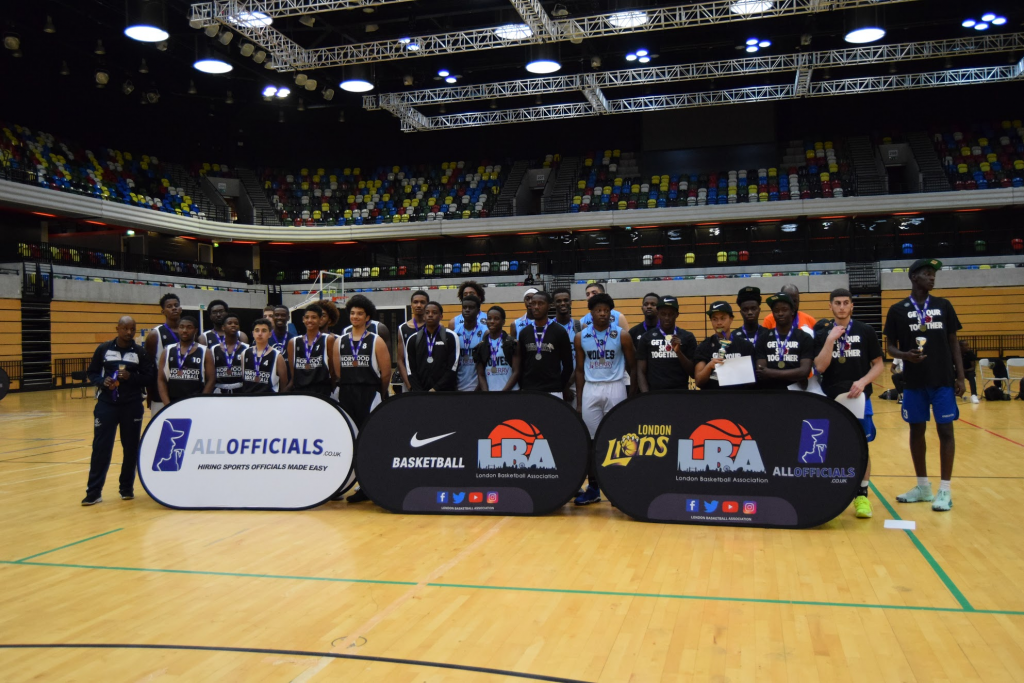